Limited Time 15% OFF: Use code welcome15 at check out

Your first order
When you sign up to our newsletter

Free Shipping for orders over $49

Cart
Added to shopping cart
There are no products in your cart. 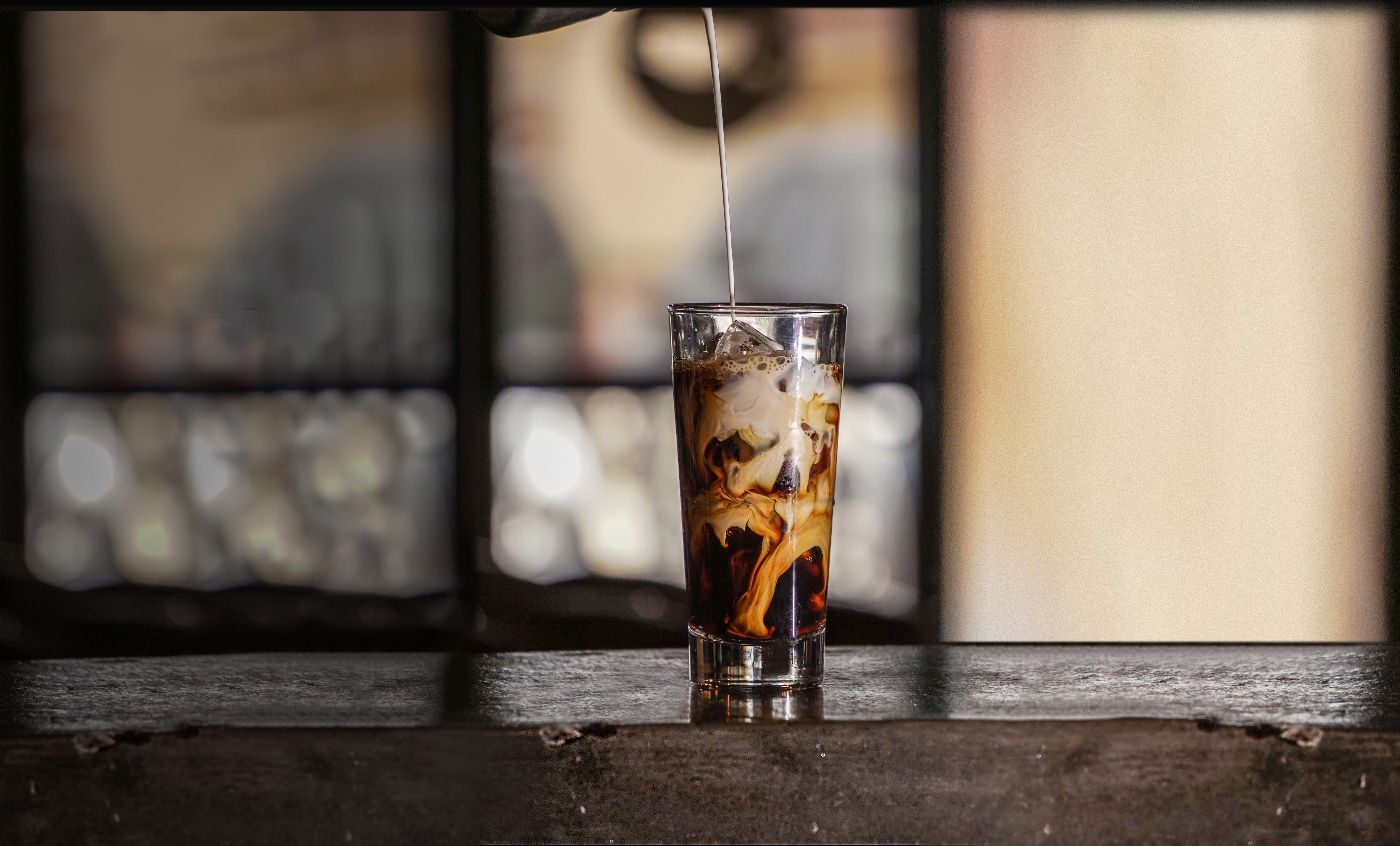 Cold Brew Coffee or Iced Coffee: Which is Better?

When it comes to coffee, there are trends coming and going every year. While cold brew coffee has definitely been one of those trends, it looks like it's not going anywhere anytime soon.

For you coffee fans out there, you might wonder which option would be better for you on those hot, summery days. The temperatures are rising, so of course we need the temperature of our coffees to be lower. Vittoria Coffee takes a look at cold brew and iced coffee to give you a breakdown of which is better for you.

The big difference between the two comes down to temperature. With iced coffee, you are extracting an espresso shot and pouring it over ice and cold milk. The coffee is cooled and poured ready to drink within a matter of minutes.

With cold brew coffee, it's quite different as you are using room temperature water to bring out the true flavours from the coffee grounds. This means the coffee grounds sit with the water for a longer period of time, a minimum of 12 hours. Cold brew coffee may take longer, but it gives you the rich flavour and caffeine without the bitterness that can be found from brewing it hot.

With cold brew coffee you need to ensure the coffee ground isn't steeping in hot water for too long or the water you are using isn't too hot. These are major factors which contribute to the bitterness coming out of the coffee, giving it a burnt taste.

Our guide on making an Iced Coffee

When it comes to cold brew coffee, another commonly asked question is if it truly has more caffeine than iced coffee. The answer seems like it would be simple. You are letting the coffee grounds steep in water for hours, so it has to have more caffeine than the hot brewed coffee that is then watered down with ice, right?

It's not that simple though, as there are a wide variety of brewing methods available for cold brew. This means that the caffeine content among cold brews isn't easy to predict. Some stats from The New York Times tell us that after 20 hours of brewing, 16 ounces (475ml) of cold brew at Starbucks contains 200 milligrams (0.2mL) of caffeine.

In comparison, we see a 20% decrease in caffeine for an iced coffee at Starbucks. A 16 ounce (475mL) cup of iced coffee contains 165 milligrams (o.165mL) of caffeine. No shocker here, but you are going to get the most caffeine from a piping hot cup of joe, but that isn't always appealing on a hot summer day.

Like the caffeine aspect, the amount of acid can have some varying factors when determining the amount in a cup. Nature tells us that the pH values of cold and hot brew samples of coffee were found to be very comparable. The samples showed similar results ranging from a pH value of 4.85 to 5.13. This is quite interesting due to the fact that less oils are released during the brewing process for cold brew.

They went on to say that hot brew coffees did have higher concentrations of total titratable acids, as well as higher antioxidant activity compared to the cold brew. This suggests that the hot brew method tends to extract more non-deprotonated acids than using the cold brew method. For the hot brew coffee samples, this shows us that these acids could be responsible for the higher antioxidant activities that were observed. 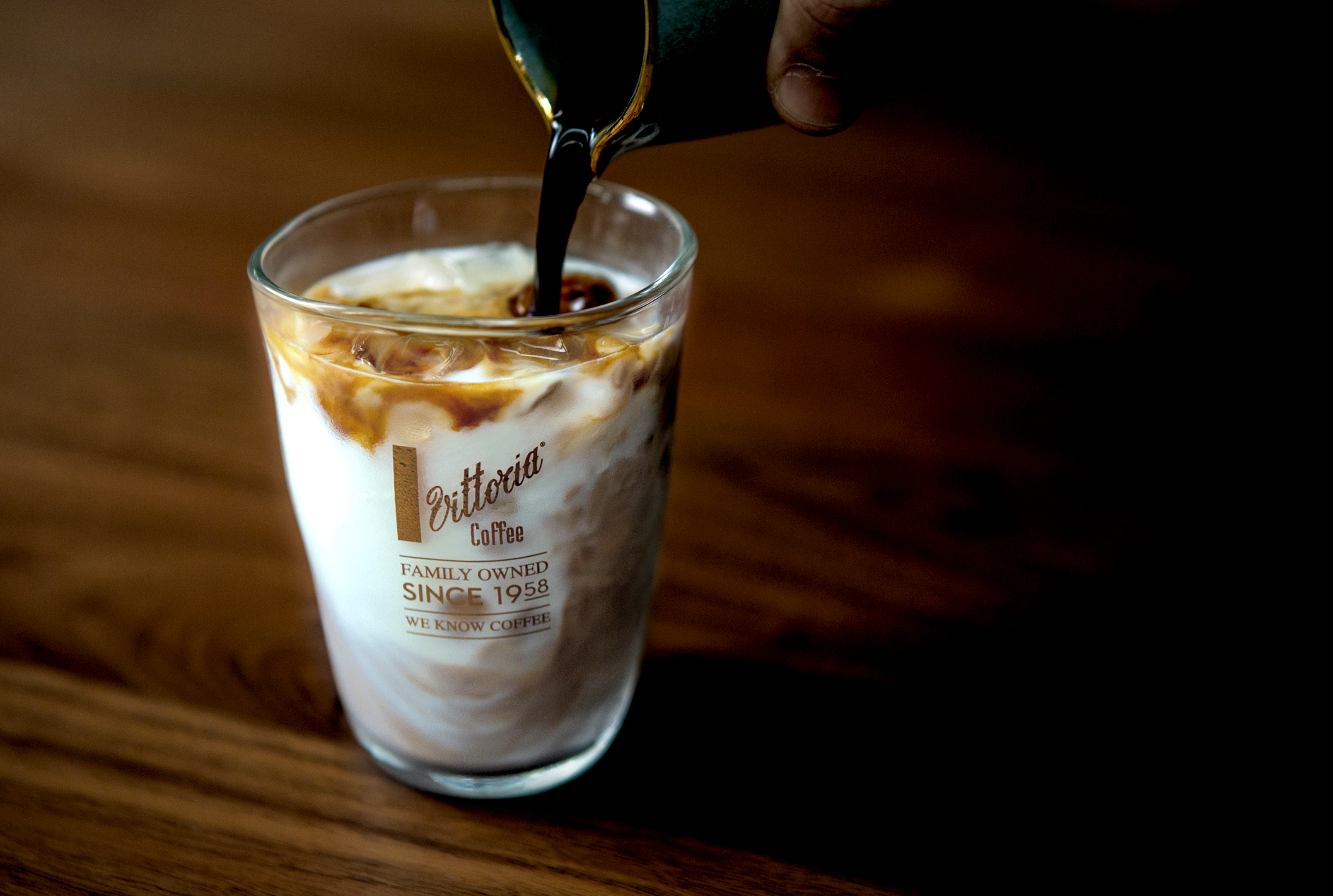 Rise in Popularity of Cold Brew

Cold brew coffee has seen a dramatic increase in popularity over the past few years. Who is to thank for that rise? Millennials, of course! According to The Daily Meal, sales of cold brew have gone up 80% from the previous year since 2017. They also pointed out that a survey by Mintel showed that millennials drink almost twice as much cold coffee as the older Generation X.

Their popularity is growing even more, as cold brew is now making its way into restaurants. You can find cold brew not only in restaurants, but some fast food restaurants are starting to add it to their menus now too.

How to Make Cold Brew Coffee?

The secret ingredient in cold brew coffee that makes it stand out among other coffee types is time. When learning how to make cold brew coffee, you will learn that it takes time to perfect.

To make it, you take coarse-ground coffee and steep it in cold water for at least 12 hours. Like any other beverage that takes time to make, the longer the coffee sits, the stronger the flavour will be, so keep that in mind.

Once the steeping is done, you will filter out the grounds. This leaves you with a coffee-concentrate that can be mixed with water or milk and served over ice. The coffee is strong, so the liquids and ice will not take away all that caffeine you are craving.

When it comes to cold brew coffee, since many of the consumers are drinking it for the health benefits, drinking it black over ice is a popular choice and saves on calories. However, don't be afraid of adding a splash of milk or creamer as it won't add too many calories and it's also a popular choice. 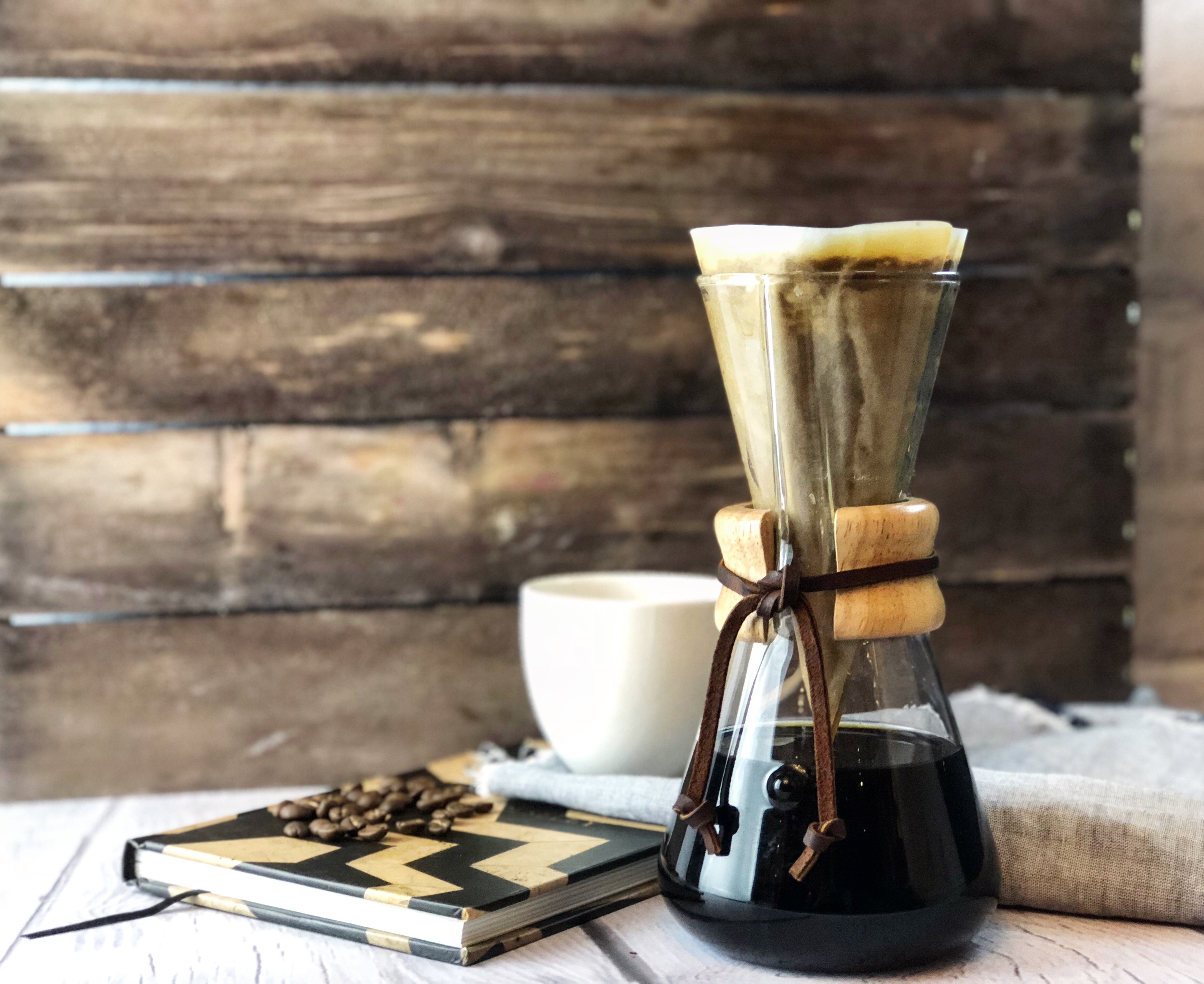 We mentioned that making cold brew coffee requires you to steep the coffee grounds in water for at least 12 hours. However, you may be wondering what that coffee to water ratio is, right? Well, we have the answer for you here!

When it comes to the amount of coffee and water to use, we like to go with a ratio of 340 grams of coffee with 1.8 litres of water. This is a great place to start, as we all know everyone likes their coffee different. Adding more or using less water is always an option so go with what you prefer, but this ratio is a good starting point.

One thing to mention and keep in mind - make sure you are filtering that water before using it to cold brew. When it comes to cold brew coffee, about 98% of it consists of water! That means you are going to want to use fresh and clean water, so filter it before use.

Nitro brew has also grown in popularity the past few years, as we have seen more and more brands introducing their own take on this. If you want to spend as much on a coffee as you would your lunch that day, then this could be the option for you!

If you're committed to nitro, you'll need to add in equipment costs and think about where you're going to store the gear needed.

So, what's the difference between nitro brew and cold brew? It's all in the ending! For a nitro brew, it is normally first made using the cold brew process. From there, the nitro brew is poured into a keg. Yeah, I said keg! The nitro brew is then infused with tiny nitrogen bubbles. It is then routed through a pressurised valve to create that "on tap" appeal.

When it comes to nitro brew, the big difference between it and cold brew would be the texture. Both are subtle and sweet in flavour, but the nitrogen cold brew gives you a very smooth, rich body with a foamy top. It would look very similar to your favourite craft beer.

The nitro brew gives you that frothy aspect of a coffee, but without the sweetness. That is definitely a positive, but you are also going to be paying a pretty penny for a nitro brew.

So, What's Our Verdict?

Fans of cold brew argue that it tastes better than iced coffee because the process involves steeping the coffee grounds in cold water over a longer period of time. This produces less bitterness and acidity than iced coffee which uses hot water for the extraction.

However, iced coffee fans counter that hot water is vital to extract all the soluble flavours in coffee grounds. They believe the taste from a cold water brew is more generic and unable to produce the delicate notes that you get when you use a hot water extraction.

Trying to reach a definitive conclusion on this is like ruling on whether a cappuccino is better than a caffe latte. The only person who can make this conclusion is you. Try them both. It all comes down to your personal preference. Whichever you choose, you're right.

Too much coffee never enough?
Join the Vittoria family for news and special offers.

YOUR BROWSER IS OUT-OF-DATE!

UPDATE YOUR BROWSER TO VIEW THIS WEBSITE CORRECTLY.Update Browser Now

^Source: IRI-Aztec, MarketEdge, Grocery Wtd, Qtr to 18.02.2018. Total Beans & Ground Coffee, Value (Dollars) *Nespresso is a trademark of Societe des Produits Nestle SA. Neither that company nor its affiliates have manufactured or endorsed this product in any way and have no association to Vittoria Food & Beverage or the Vittoria® Coffee brand. Compatible with Nespresso original machines (not compatible with the Vertuo System).